How to sell more Phoenix Safes this quarter

Traditionally many government subsidised or fully funded institutions are provided with an annual budget that runs from 1st April to 31st March. This means that they can often be looking to ensure every penny of their budget is spent by the end of March to make sure that their budget is fully replenished for the following year. Many more of our large, higher value products are purchased in these 3 months as a result of this.

So, if you are a supplier to the public sector then now is the time to start promoting Phoenix Safes and products such as our FS1511K and SS1621K fire cupboards as well as the fire & water resistant filing cabinets like the FS2234K. 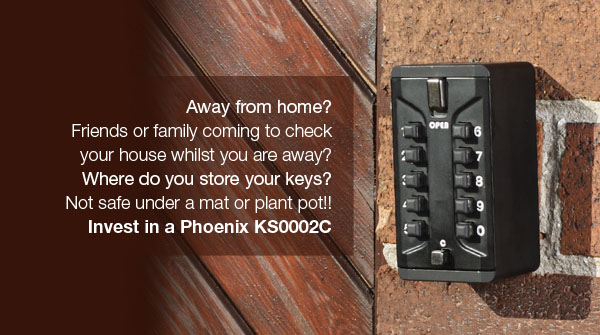 Away from home?
Fiends or family coming back to check your house whilst you are away?
Where do you store your keys?
Not safe under a mat or plant pot!
Invest in a Phoenix KS0002C 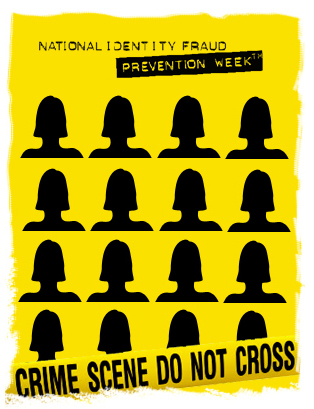 It is estimated that over 18 million UK households could be be failing to protect themselves from identity fraud.

The purpose of ID Fraud Week is to warn of the dangers of identity fraud and outline simple steps that anybody can take to protect themselves. National Identity Fraud Prevention Week is an initiative launched by leading UK organisations: including the Metropolitan Police, Crimestoppers, CIFAS to name a few.

Identity fraud occurs when a criminal uses somebody else’s personal information pretends to be someone else in order to fraudulently obtain goods and services.

It is known that organised criminal gangs operating in and around British pay bin raiders for each document that contains an individual’s personal details.

They then use this information against the victim to create a “create clone”. The National Identity Fraud Prevention Week is aimed at bringing attention to some of the steps that can be taken to protect yourself from identity theft and one method is to keep your personal and confidential documents secure.

Phoenix Safe Company offers a wide range of high security safes that will be ideal to protect your cash, credit cards and other valuables as well as original and confidential documentation such as passports and birth certificates.

If you discover that you have been a victim of identity fraud you must contact your nearest police station.

The new Phoenix Citadel SS1191E Fire and Security Safe was featured on the Gadget Show on Channel 5. The shows team were challenged to break into 5 high tech safes, and given just an hour to do so.

In their first attempt they used a huge industrial digger to drop the safes from a great height, although the Phoenix Citadel was a tad battered and bruised the damage was merely cosmetic. Thanks to the Citadel’s double wall construction with high grade concrete infill the team did not succeed.

The second attempt saw the team enlist the help of a powerful angle grinder but in top form the Phoenix Citadel fought back and broke the high tech tool. With a wall thickness of 56mm and a door thickness of 92mm combined with anti drill plates and re-locker protection, it would take more than this to break into the Citadel.

Unsuccessful the team endeavoured with their third and final attempt, this time calling upon the help of an explosives expert. Using a highly explosive compound called P.E.T.N, the team were confident that they would win the challenge. Used in demolition and by the military P.E.T.N is one of the most powerful explosives in existence today, would the team be successful?

A massive explosion followed, rocking the ground and filling the air with fire and plumes of smoke. As the smoke dispersed the Gadget show team were on tenterhooks, wondering if they had won the challenge. But true to form, like a Phoenix rising from the ashes, our Phoenix Citadel safe stood proud and survived the colossal blast. Remaining solid and locked the Citadel was not defeated, a victorious moment for Phoenix Safe Company.

Our comprehensive guide covers everything from the type of safe to where best to install your safe.

What is a fire safe?

Find out the types of fire safe available, how they are rated and how they can protect your valuables.

What is a data safe?

Find out what defines a data safe and how a data fire safe differs from a standard fire safe.

“Hi Rebecca I just wanted to email you regarding the excellent service I have received from Jessica Donnelly regarding an issue I had with one of our wallsafes. I emailed yourselves yesterday afternoon as the batteries in the safe had finally died (after being inside the safe and working for 8 years, which is very impressive in itself!) and I had keys locked inside it which I needed to access but no key to manually unlock it. Jessica came back to me almost immediately with a solution which I tried and it worked; she is an absolute star! And it’s wonderful in these difficult times to see an organisation continuing to provide a first-class service and not using COVID-19 as an excuse. With my very best wishes”

“Thank you to Phoenix Safes. Their recent customer service provided to me has been exemplary in providing spare parts and advice.  Rachel was fantastic. Thanks to all at Phoenix safes!”

“Hello Rebecca and Phoenix Safe:  thank you so very much for your quick and kind response to my agony over having lost access to the wonderful safe I have had for so many years.  And ALL OF YOUR SUGGESTIONS WORKED!!! and I have my safe back in action!  We found the key and the former code worked just fine....so we will not need a locksmith. Your kindness during these troubled times is so appreciated and shows us that good things can still happen coming from good people all over the world.  We wish you and all those you are connected to a safe future....stay well and thank you again for being so helpful.”

“Please pass on my thanks once again to the guys. They were so helpful, friendly, professional and courteous! Couldn't of asked for better! ”

“Hello Peter. Pin has arrived. Can I just say the customer service at Phoenix is absolutely outstanding. Extremely rare these days to get a company that is so helpful and polite. All the best.”

“Hello Peter, Thank you kindly for this information. As you describe, my wife was able to open the safe without us having to have the safe opened by a locksmith or other brute force! I am extremely grateful to you for your very attentive help and that of your manager. The position we found ourselves in caused us great anxiety. Your safe has never caused me any problem (only that of my own doing) and that you have provided technical support for a purchase made over 15 years ago speaks volumes about your company. I could not be more pleased that I invested in one of your products. Many many thanks, Steve ”

“Dear Alison, Thank you for the replacement, I would also like to thank you for your outstanding customer service I deal with many businesses and very few have your prompt and Curtis customer service. Wishing everyone at Phoenixsafe a very merry Christmas and a prosperous New Year.”

“Hi, please pass this to the MD and Head of customer service Just a quick note to say that I experienced a problem with my new safe this morning so I phoned and spoke to Alison.  She provided an exceptional level of customer service and I cannot speak highly enough of her. She is a real credit to your company. Please let her know that the quality of her customer facing skills has not gone unnoticed. Kind Regards Martin Eaton”

“Thank you for your help Alison. I’ve sent off the email to the info email address I just wanted to say thank you – it’s astonishing how bad some customer service can be but even at quarter to five you were cheerful, helpful and emailed me so fast! Brilliant work. Best wishes, Rebecca”